The creation of ARIPO and its reasons

The African Regional Intellectual Property Organization (ARIPO) is an inter-governmental organization created by the Lusaka agreement, which was adopted by a diplomatic conference held in Lusaka, Zambia, on December 9, 1976.

The objectives of ARIPO are well defined on Article III of Lusaka agreement. They are:

"(a) to promote the harmonization and development of the intellectual property laws, and matters related thereto, appropriate to the needs of its members and of the region as a whole;

(b) to foster the establishment of a close relationship between its members in matters relating to intellectual property;

(c) to establish such common services or organs as may be necessary or desirable for the co-ordination, harmonization and development of the intellectual property activities affecting its members;

(d) to establish schemes for the training of staff in the administration of intellectual property laws;

(e) to organize conferences, seminars and other meetings on intellectual property matters;

(f) to promote the exchange of ideas and experience, research and studies relating to intellectual property matters;

(g) to promote and evolve a common view and approach of its members on intellectual property matters;

(h) to assist its members, as appropriate, in the acquisition and development of technology relating to intellectual property matters;

(j) to do all such other things as may be necessary or desirable for the achievement of these objectives. It is clear from the above objectives that the common thread running through them is the idea of cooperation. The concept of cooperation plays an important role in the functions of the Organization.”

Article II of Lusaka agreement lists the organs that form : “The Council of Ministers (Article VIbis) is composed by Ministers of member States and is the supreme body of the Organization, being responsible for, amongst other tasks, giving “(…) directions to the Administrative Council or the Secretariat concerning the orientation of the Organization or the development of its activities;” (Article VIbis, 3, e)).

Article VII provides that the Administrative Council shall consist of the Heads of Offices dealing with the administration of intellectual property in members of the Organization. To fulfill its tasks of formulating and directing the execution of policy with respect to the activities of the Organization, the Administrative Council has subsidiary Committees for matter such as finance, audit, staff affairs and technical.

The Harare Protocol was adopted in the capital of Zimbabwe in December 1982 by the Administrative Council of ARIPO and entered into force in 1984. This Protocol provides that an applicant for a patent or a design registration can designate any one of the Harare Protocol Contracting States.

The fourth Protocol is the Swakopmund Protocol on the Protection of Traditional Knowledge and Expressions of Folklore, adopted in a diplomatic conference held on August 9, 2010, in that city of Namibia.

The system of protection of industrial property rights through ARIPO

For the purposes of this article, we shall focus our attention on the Harare and the Banjul Protocols, referring to the protection of patents, designs and trademarks, respectively.

When analysing on how the system for the protection of patents, designs and trademarks in ARIPO operates, it is common to compare the same with the Madrid system. For instance, the ARIPO organization functions similarly to a receiving office, being then the applications filed through the regional system notified to the national offices for these to decide if the application could or not be effective at that state. In fact, each member state will have the autonomy to decide whether an industrial property right should or not be valid in its territory.

That being said, one of the requirements for filing an application in ARIPO is to designate the states in which the protection is intended. In the circumstance the applicant fails to designate the states in the application, ARIPO (or any receiving national office), shall not consider that the protection was to be intended in all the member states of either the Harare of Banjul Protocols. On the contrary, the applicant will be notified in order to complete the formalities and proceed to indicate in which countries the application should be valid.

As for patents, after the application is filed, either directly at ARIPO or at a national office (that then is required to transmit the application to the regional organization) a formal examination will then be conducted by the Organization. ARIPO will then accept the application and notifies the designated states, after which the applicant is required to request for the substantive examination, then conducted by ARIPO. Six months after the notification to the states of the formal examination, the states may make a written communication, that the patent shall have no effect in its territory, either because the invention is not patentable in accordance with the provisions of the Harare Protocol, or because of the nature of the invention, the patent cannot be registered or granted or has no effect under the national law of that State.

The ARIPO system differs from the system of OAPI (“Organisation Africaine de la Propriété Intellectuelle”), created in 1977 by the Bangui Agreement which comprises 17 member states (mostly French-speaking countries). This African regional system has one central office (currently located in Yaoundé, Cameroon) responsible for the granting of industrial property rights that shall be automatically effective in all its member states. The national states from OAPI do not have national offices nor do have national laws for ruling the matters and for this reason, the states have no autonomy for unilaterally grant or refuse an industrial property right in its own territory.

ARIPO and other international agreements

ARIPO is a member of a bundle of international treaties, in which the Paris Convention and the Patent Cooperation Treaty (PCT) are included. The relation between ARIPO and the Paris Convention allows an applicant to seek the protection of industrial property rights through this African regional system claiming priority of the first application filed. On the other hand, by way of being also a signatory member of the PCT, all of ARIPO member states may be designated through the national phase of a PCT International application.

Apart from that and on an important note, on October 1st 2018, ARIPO, OAPI and the World Intellectual Property Organization (WIPO) have signed a Memorandum of Understanding (MoU), establishing a tripartite cooperation framework between the Organizations to undertake and provide joint technical assistance programs to the Member States within the scope of their respective cooperation activities and mandates. Article 3 of the MoU determines that the Organizations “(…) shall enhance cooperation in order to better coordinate and deliver joint programs/projects, which may include, but not limited to, the following:

ARIPO has recently launched a free online database - ARIPO Regional IP Database -, in which it is possible to confirm regional and national IP assets from its member states. The announcement of the launching of the database, a project that began in 2014, was held in Harare, Zimbabwe.

It is ARIPO’s intention to enhance the efficiency of business processing and other administrative work at ARIPO and its member states, to facilitate the accessibility and use of IP information in the region, as well as to strengthen the IT’s institutional capacity in its member states.

For this reason, any stakeholder has now the possibility to freely access to information which was extremely difficult to obtain up until now and not often free of charge, as the interested parties were required to request for official searches at the national offices.

In the words of the ARIPO’s Director General, Mr. Fernando dos Santos, “The Regional IP Database is designed to serve multiple purposes, including online provision of published IP data, encouragement of regional trade, IP scientific research, IP rights protection and enforcement in the ARIPO region, as well as sustainable development of IP.” 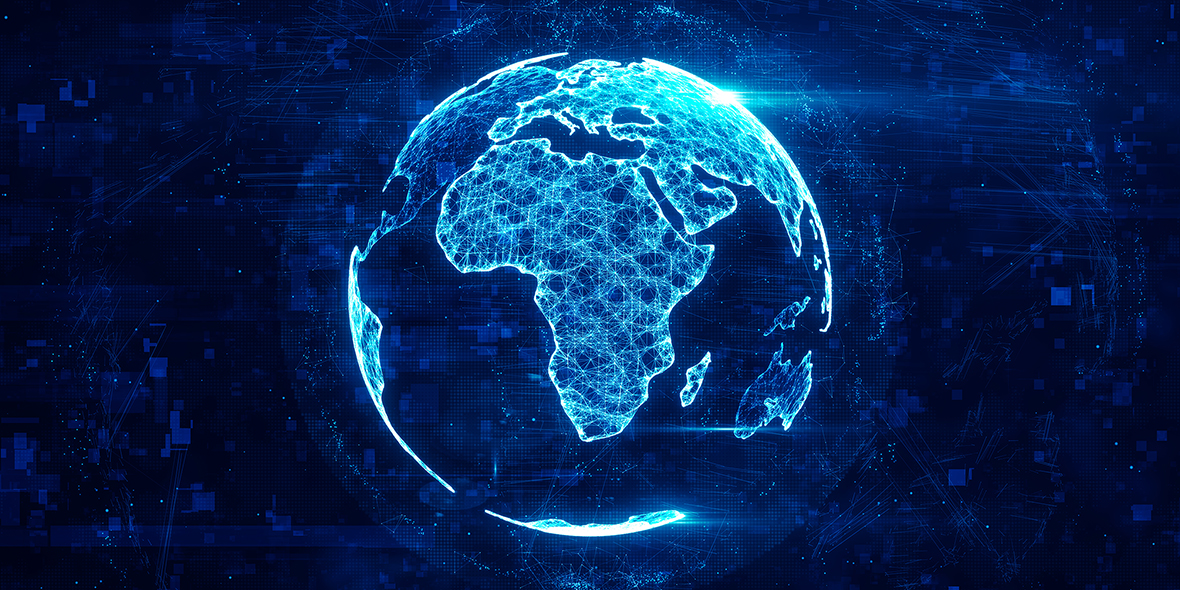 The advantages of filing through ARIPO on the contrary of opting for the national route are easy to enumerate. We shall focus our attention on a few.

On one hand, ARIPO is a centralized and highly specialized Intellectual Property office, in which the applicant has the possibility of, by way of filing only one application, obtaining protection in several territories. ARIPO is responsible for conducting a formal examination, which situation relives immensely some backlog of national offices from the member states. Despite the centralization of some administrative work in ARIPO, certain is that the member states still have the autonomy of deciding whether a trademark, a patent or a design will be effective in its own territory. This situation differs from other regional agreements in Africa, namely OAPI, in which the states are exempt from any autonomy in what refers the decision of granting or refusal of an industrial property right in its territory.

Moreover, as for patents, stakeholders have the certainty to have specialized staff analysing the patents, which should be responsible to grant the right in the designated states, on the contrary to occurs in some of the member states of ARIPO, which sometimes do not have the necessary means and support to analyse such rights.

Finally, filing through ARIPO may be extremely economic advantageous, on the opposite of filing directly on the national states. In situations where the applicant seeks protection in more than one country of ARIPO, it is indeed certain that opting for ARIPO will be particularly profitable.

The future of ARIPO

Looking over the creation of ARIPO in 1976 until today, it is more than certain to sustain that a lot of has been achieved by the organization. From our perspective, considering the evolution of the same and that the membership is open to the States members of the United Nations Economic Commission for Africa or the African Union, it is not a surprise that we will be facing the integration of more member states in ARIPO, leading to the development of intellectual property in Africa, by way of permitting the progress of innovation and the economy of a rising Continent such as the African.

The fact that ARIPO seeks constantly to be in the vanguard of the protection of intellectual property, constantly accessing to fundamental international agreements and being an active participant of new treaties, conferences and constantly providing training seminars on the matter, it is not difficult to say that ARIPO is currently the most important Organization in Africa, in what refers the protection of Intellectual Property.

This article was originally published in Managing Intellectual Property Magazine

Patenting Activity before the European Patent Office by Chinese Organizations