The real impact of Artificial Intelligence (AI) in the various fields of Law is still largely unknown. However, as stated in the European Parliament resolution of 16 February 2017 with recommendations to the Commission on Civil Law Rules on Robotics (2015/2103(INL))  (v. 015/2103(INL)), no one doubts that this industrial revolution “is likely to leave no stratum of society untouched”, which is why is “vitally important for the legislature to consider its legal and ethical implications and effects, without stifling innovation” (vid. p. 3, B).

Intellectual Property (IP) is one of the law fields where industry 4.0, led by AI, has raised more questions. Among the most problematics, there is one with special relevance: the protection of works generated by Artificial Intelligence.

The commercial impact is unquestionable. AI is already being used worldwide to produce literary, musical, journalistic and artistic works.

It is known the recent case of the Portuguese artist Leonel Moura, who conceived a robot that creates artistic works, one of them was even sold in an auction by the amount of Euro 5.000,00.

The case of the art work “The Next Rembrandt” is also well known. It was created through AI, using algorithms to identify the geometric patterns of the 17th century painter Rembrandt van Rijn. The goal was to recreate a Rembrandt painting, if was made by the painter itself.

Against this background, the main question is to know if these works can be protected by copyright, since the human contribution is minimal or does not exist at all.

This issue is not entirely new. In fact, it started in the mid-20th century with the computer-generated works. As computers were being introduced as aid tools in the creative process of the human being, this matter received a much sharper focus. More than a total absence of a human creative contribution, most of the cases related to computer-generated works related to the difficulty to identify the contribution of the author, although this existed.

Well, the problem that we face nowadays is different: AI allows the creation of works where there is no human contribution to the creative process. Or, at least, it is not enough so we can sustain that the requirement of originality – mandatory to the protection of these kind of works – is fulfilled.

If we look into the several legal systems, some provide, specifically, for the protection of computer-generated works as in the United Kingdom, India or Ireland. United Kingdom legal framework is many times pointed as a viable alternative to be adopted by other legal systems, due to its completeness.

Section 178 of Copyright, Designs and Patents Act, describe computer-generated works as the ones “generated by computer in circumstances such that there is no human author of the work”, affirming that their authorship shall be credited to people “by whom the arrangements necessary for the creation of the work are undertaken” (Section 9(3)).

Although it is not possible to go into greater depth on this matter, we would say that it seems difficult to transpose it to other legal systems connected to the Droit d’Auteur tradition, as the Portuguese one, since the creation must result from an effort of human intellect.

The understanding that is being upheld by CJEU also seems to prevent any similar solution to that of the United Kingdom, since the protection of a work by copyright required a “personal touch” of the author (v. Case C‑145/10) as well as a margin for “creative freedom” (v. Case C‑604/10).

Additionally, we will have to ask if the protection of works generated by AI fulfill the reasons for the existence of Intellectual Property rights in this case. The answer seems to be negative, considering that there is no human intellectual effort to be rewarded.

To sum up, we would say that, since the requirement of originality is not reflected in legal systems like the Portuguese one and giving the absence of legislation ad hoc for that purpose (for instance, as the sui generis right of the maker of the database), works generated by artificial intelligence shall be considered of public domain, despite the existence of other mechanisms that can be used in the protection of this kind of works as the unfair competition legal regime. 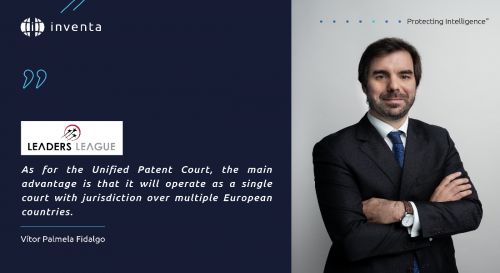