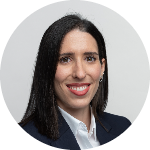 Sharing its place with other phases which make up part of a trademark’s life cycle, such as the early stages of branding and filing strategy until the phase of defence of the right, maintenance is important to IP holders, expressly for peculiar systems such as the Cape Verdean one.

The year 2021 marks an important phase in trademark maintenance in Cape Verde, as it establishes the commencement of the payment of renewals in the island country.

The Cape Verdean industrial property system is still newish—the first granted trademarks started only ten years ago, a time distinguished by an effort on substantial examination of pending applications by the trademark office, the IGPQI.

Relying on fundamental features of trademark maintenance in the country, the deadlines are calculated from a trademark’s registration date, and involve an intermediary maintenance act—a declaration of intent to use (DIU), and a major maintenance act—the renewal, that is to be filed to keep registrations in force.

As for the statutory non-use period, this also runs from the date of registration and a trademark’s lapsed state shall be declared in case this has not been an object of serious use for five consecutive years.

The DIU is, however, waived in the year of the trademark’s renewal. Trademarks must be renewed every ten years, counting from the registration date, which matches the reference date of the DIU.

Per article 165 of Law Decree number 4/2007 of August 20, 2007, if the DIU is not filed, trademarks are unenforceable against third parties and are open to cancellation, which can happen following a request from a third party or if there is a conflict with third party rights.

In the event applicants fail to file the DIU, the trademarks will be deemed fully valid once again if evidence of use in Cape Verde is filed.

Regarding a trademark’s use, Cape Verde operates a hybrid system that allows the possibility of filing cancellations either for non-use or for non-submission of a DIU.

In the first scenario, the right holder has the opportunity to prove serious use and to keep its trademark in force (per article 178, a trademark’s caducity shall be declared in case this has not been object of serious use for five consecutive years, counting from the registration date).

In the second scenario, the right holder does not have the chance to reply and the trademark will be cancelled even if the owner is currently giving serious use to it, but did not file a DIU. On the other hand, even if a DIU is filed in a timely manner, the trademark is still vulnerable to non-use cancellation.

In light of the system’s ambiguity, it is advisable to opt for a defensive strategy by making serious use of the registration for the protected goods and services, and filing the DIU in a timely manner.

In this scenario, and noticing that 2021 marks the start of renewals in Cape Verde, a new concern arises for trademark owners: how to proceed if the DIU was not timely submitted? If the DIU was not submitted, is it still possible to renew a trademark registration?

Our aim is to provide some insightful tips/guidance on these concerns.

To begin with, it is advisable to double-check whether the DIU’s deadline has indeed been surpassed. Considering that the deadline covers a one-year period, the correct date may not always be clear. It is to be kept in mind that, even though the anchor deadline corresponds to the fifth anniversary of the registration, the period to timely file the DIU starts six months before that date and ends six months afterwards.

"(...) if IP holders wish to keep their registrations in force in Cape Verde, they should file eventual outstanding DIUs and then, when the time comes, further proceed with the renewal."

Should the first point be verified, and the deadline has in fact been exceeded, it should be analysed whether, within the period in which the DIU should have been filed, any third parties have filed a cancellation for non-use against the registration in question, or whether any third parties have filed applications that may be jeopardised by the trademark, bringing conflicts with new rights. Since the trademark office’s procedure undergoes the notification of the involved parties, if no notification has been received, it may be considered that no actions of cancellation for non-use have been filed.

According to article 165/4, if a request for cancellation for non-use has not been filed, nor the lapse of the registration has been declared, the same is fully valid once again if the owner provides proof of use in Cape Verde.

In respect to the second problem raised above, although the IP law does not directly address the issue of a trademark’s renewal with pending maintenance fees to be presented and of how to proceed in such a scenario, it may be inferred from article 165/4 that, if the necessary conditions are met, even with a delay of months or eventually years, it is possible to submit the DIU under the terms of providing proofs of use. Additionally, in practice, this has been accepted by the trademark office.

With this in mind, upon gathering the necessary conditions, if IP holders wish to keep their registrations in force in Cape Verde, they should file eventual outstanding DIUs and then, when the time comes, further proceed with the renewal.

Concerning a trademark’s renewal, the law’s Article 164 provides that “the duration of the registration is ten years, counting from the date of the respective grant and may be indeﬁnitely renewed for equal periods”, not being directly given information about the regimens of late renewal or revival.

Such information is separately regulated and can be found in the trademark office’s official schedule of fees. For a renewal with surcharge, a period of 60 days is given to owners; for a revival, no details are yet available.

To avoid major obstacles or complications on the validity of a trademark, it is advisable to adopt a defensive strategy, undergoing a timely filing of the DIUs and the renewals and, equally important, making serious use of the trademark within the country.