At first glance, registering a trademark internationally may appear a simple task for companies seeking to protect their mark in various countries. However, entrepreneurs should have some prior knowledge and take care in defining the strategy for internationalizing their trademark registrations.

This international registration system covers 124 countries (August 2021) and has the advantage of being able to encompass all these countries with just one application, whereby reducing bureaucracy and costs typically associated to a process of internationalization. Once 10 years of validity of the mark have expired, the renewal is also handled in a centralized manner. 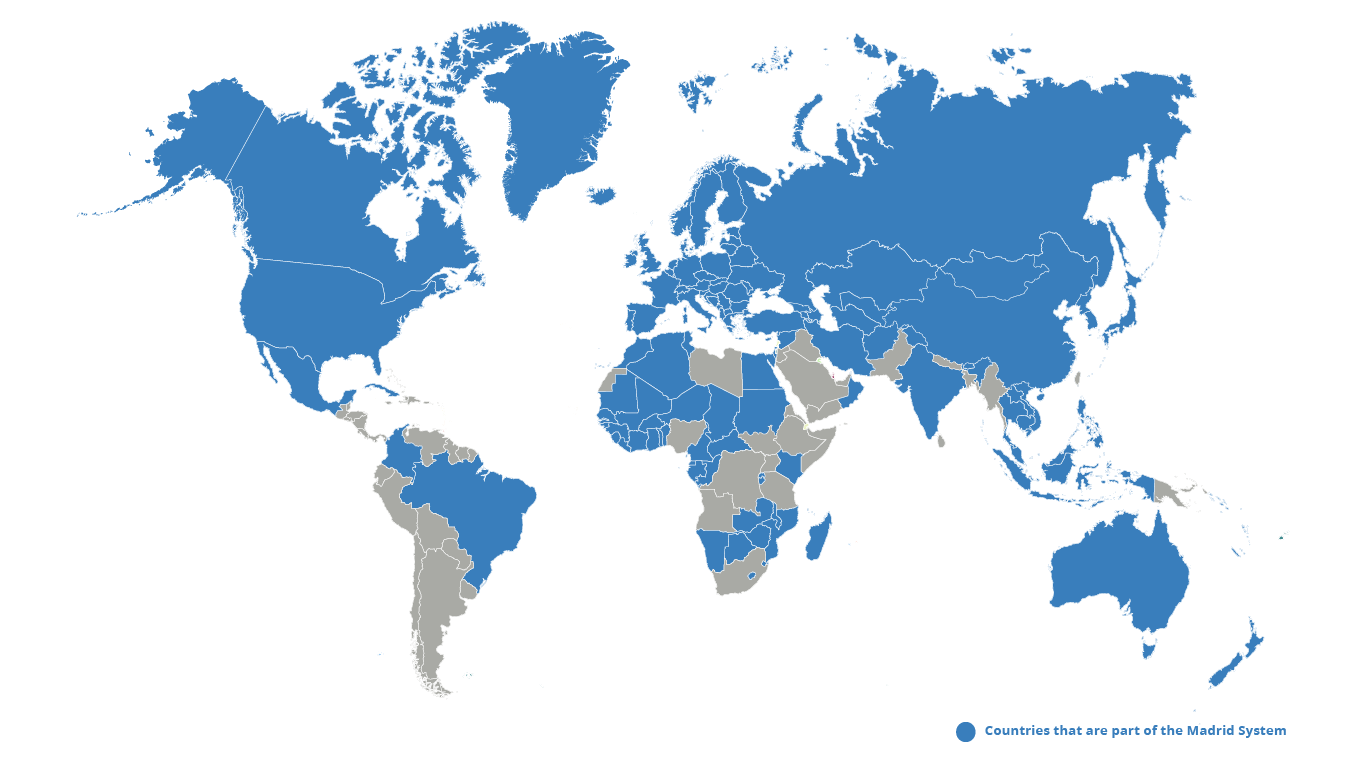 Countries that are part of the Madrid System [Source: WIPO, © design Inventa International]

To file an international trademark application, there must be a base mark in the country of origin of the mark applicant and this country must be signatory to the Madrid Protocol. The form is to be delivered to the National Institute of Industrial Property of the applicant’s country of origin.

However, businessmen should bear in mind that the international mark is, deep down, a bundle of national registrations, since the examination criteria as defined by the Law of the designated countries are always applied. So, an international mark that designates Canada, China and the USA, may be proved only in Canada and in China and rejected in the USA.

According to data from the USPTO – United States Patent and Trademark Office (Q3 2021), 97.3% of the marks received by the USPTO through the international trademark pathway are the target of at least one provisional refusal, oftentimes for formal questions related to the classification of the products/services. The response to these notices increases the cost of the protection process since it is necessary to have the contribution of a representative authorized by the USPTO.

One way of simplifying the process of internationalizing a mark is through the resource of regional registrations, that is, a trademark application filed before these regional organizations covers various countries at once. In contrast, the number of trademarks that can potentially come into conflict may raise increased difficulties during the process of examination and mark opposition.

The following regional systems are highlighted:

Moreover, if a country is not a signatory to the Madrid Protocol or any other regional agreement to register trademarks, then the only possibility will be to register directly before the National Institute where protection is sought.

Therefore, in various countries of Latin America or Africa, it will be necessary to file a “national registration”, like, for example, Argentina, Angola or Costa Rica, among many others.

Further, depending on the specific circumstances of the mark to be protected, such as, the existence of prior marks in conflict or the need for greater personalization of applications not permitted via the international pathway, it may even be useful to resort directly to the national registries.

National registrations are typically more expensive, as it is necessary to resort to representatives authorized by the local agencies or because it may be necessary to legalize documents to submit the mark application.

There are still some countries that have not approved industrial property laws or created national agencies that govern trademark registration.

To overcome this situation, it is advisable to publish a cautionary notice in a mainstream national newspaper, informing the public of the ownership of the mark and of the consequences arising from unlawful use of the mark. It is also possible that the publications will be used as a way of guaranteeing priority access to the registration system as soon as an Industrial Property Institute is established, as recently occurred in Myanmar.

Certain countries require the presentation of intermediary acts to maintain the trademark, normally 5 years after the initial registration.

Countries like Cape Verde or Mozambique require the presentation of declarations of intent to use, which despite being a mere formality, may jeopardize the validity of the mark if the act is not complied with. The USA requires the presentation of proof of use for the mark to be kept valid.

After 10 years of validity, it is important to recall that the mark should be renewed so that it remains valid for 10 more years. If internationalization is not carried out through Official Industrial Property Agents, with automated systems, control mechanisms should be created so that the legal deadlines are not overlooked.

Consideration should also be given regarding the hiring of mark surveillance services, which evaluate publications of similar trademarks in official gazettes of countries where the mark has been protected. This is especially important in countries where the National Institutes do not perform a search for prior marks and leave this task up to the mark owners.