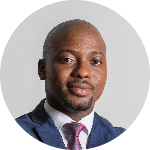 Although the religious texts do not refer to Intellectual Property (IP), religions are connected to IP.

In a more evident way, religions’ influence on IP ranges from discussing and approving IP laws to registering and using trademarks. In a less obvious way, we observed a displacement of religion in trademarks, through consumerism. Like religions, well-known brands, such as Coca-Cola and McDonald’s, became ideological structures that shape our ways of being and doing, filling the void left by the withdrawal of the main religions of a partially desacralized world.

This article will focus on the more evident influences of religions on IP, particularly on trademarks, in Angola. The imprint of religions in the IP legislation of secular countries such as Angola is not evident (I). However, it is a question that arises when considering the increase in the number of applications for religious trademarks in the country (II), a question that is, in some measure, addressed by the Angolan Patent and Trademark Office (III).

I. The influence of religions on the legislation applicable in Angola

As Article 6ter of the Paris Convention, applicable in Angola, which provides absolute grounds against trademark registration but makes no specific reference to the religious signs, the Angolan IP law (Law No. 3/92 of February 28, 1992, on Industrial Property), prohibits, in its Article 35º, c, the registration, without due authorization, of trademarks that contain “symbols such as insignia, flags, arms or official signs adopted by the State, commissariats, international organizations or any other public entities”, without explicitly mentioning the religious signs.

Angola is a secular state (Article 10º, 1º, of the Constitution), ruled by governments inspired by Marxism and Communism since 1975, which can partially explain the omission of the law and the small interest IP legislators have shown in the question. Indeed, in countries where religion occupies a more prominent place, the issue of religious signs is expressly addressed in the IP law like in the United Arab Emirates and in India.

Nevertheless, besides the political and social factors, the Angolan legislation’s omission may seem logical if we consider the following viewpoints.

First, trademarks are quite connected to commerce, but religions could not always, in its essence, fit into the trade.

Second, the religious signs do not comply with the requirements of distinctiveness.

Third, the religious signs could not respect the requirements of “Morality” or “Public Order”.

And fourth, religious signs are symbols that are, generally, adopted by international organizations or by public entities, and thus are necessarily excluded from registration.

Having in mind that Article 10º, 3º, of the Constitution, provides that “The state shall protect churches and faiths and their places and objects of worship”, what is, or shall be, the action of the state, particularly of the Patent and Trademark National Office (PTO) in this regard?

There are currently dozens of religious trademarks in Angola, granted and pending, related to various classes and goods and services.

The most frequent class related to these trademarks is class 41 for cultural and educational services, followed by classes 35 and 25. This brings the following questions:

1. Can representatives of religions provide education services without jeopardizing the principle of secularism provided for under the Constitution?

2. Shall it be considered that the registration of religious trademarks for goods included in classes 35 and 25 violate religious precepts and, consequently, the Articles 10º of the Constitution, which dictates the state to protect churches and faiths, and 35º, f) of the IP Law, which establishes the legal concept of good morals and public order, if the applicants look for profit only?

3. Shall a religious trademark be granted if the applicants look for profit-making by taking advantage of the good faith created by religious signs, misleading the consumers, in the light of Article 35º, a) of the IP Law that prohibits the registration of trademarks that contain “false indications or indications liable to mislead the public as to the nature, characteristics or usefulness of the products or services using the mark”?

4. Shall it be accepted that religious names and signs are common names and signs, and, for this reason, are not distinctive and are in the public domain, as per Article 31º of the IP law? Or can a religious sign obtain secondary meaning by its use in trade and loses its religious characteristic, such as, for instance, “NIRVANA”, which is a trademark registered worldwide?

5. Finally, shall religious trademarks be granted having in mind that if religious symbols are registered as trademarks, their proprietor will obtain the exclusive right to use them?

Although these questions would be without purpose if it would be accepted, unreservedly, that religious signs are symbols that are adopted by international organizations and by public entities, and thus, should be excluded from registration according to Article 35º, c); we understand that to respond to them, we must consider the inner reasons for these trademark applications and decide on them, at the risk of being abusive or inappropriate regarding the intimate sphere of each applicant.

When analyzing Angola’s public data, we notice that the PTO grants religious trademarks, independently of the class and the goods and services, and, therefore, without any regard for the motive of the applications.

Thus, we must conclude that the Angolan PTO tends to accept religious trademarks unless there is a serious violation of the IP legislation or an imitation of a previous trademark.

It seems that the PTO is of the opinion that because it is not expressly prohibited by the law, religious trademarks can be granted. Trade is religiously neutral and, we can assume that, even though the commercialization of religion is rampant, the PTO considers that it is not under its responsibility to judge its rightness.